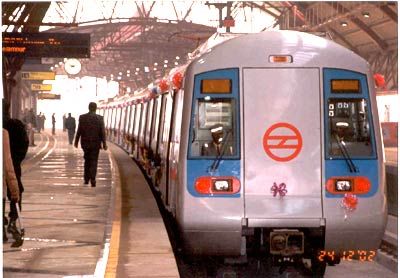 This little story is about a friend. A friend of mine who has changed now and feels happy that this day came in his life.

Me and shivam were in library. We had come for studying for the test that our Narayana IITJEE institute set up. After studying, when we were having a lunch break, we saw a lunchbox placed on the floor near canteen. I asked the canteenwala, “ye kiska lunchbox hai?” Canteenwala replied that it belongs to watchman. Shivam anxietly replied, “O yes! I remember it. ”  I asked him how .

He said, ” Let me tell you what happened with me once :

Straightly jumping to 7.52pm – I was standing on the platform, the same Platform number 2, Janakpuri West Station.  I proved to be lucky that day, the metro had vacant seats, so i grasped one. Just then, my eyes stopped over a person. I could say i knew him. He was the watchman of Narayana. I was seeing him for the first time in metro. He was looking the same, an innocent  face added to his down to earth nature. I could make out from his face that he was thinking something. . . something good. He was in somewhat uncomfortable dress – A khaki coloured shirt and blue trousers with an ordinary cap at the top and a bad looking bag in his one hand and the lunchbox in the other. He was standing in front of me, looking out of the window. I guess, he was thinking about his life. May be, i don’t know. Just then my eyes moved to a kid sitting beside me. He looked a bit stressed out. He was not even 12, what could have made him like this ? The same moment, a very sweet little girl came in front of me. He held the pole with one of her hand and started playing with it, revolving around it. Everytime she used to cross my seat, she used to clap her hand with the chap sitting beside me. So, he must be his brother, i thought. He was looking stressed, but whenever the girl used to pass him and clap her hand, he used to smile at her. I was amazed by that love. Being so small even, he was so big.

But i had no control over my thoughts, they kept on coming. The eyes went onto watchman again and i was thinking ” This man stands under the sun at the gate the whole day, and so many times i’ve heard the director of narayana abusing him for small mistakes, how harsh is life with him… and we students live life king size – bikes, cellphones, everything from the latest fashion to the latest gadget. I pity him. How struggle he has in his life.” I felt really bad that he was still standing. I wished so strongly like standing up and offering him my seat. But somewhere inside, may be i was a little snob and due to that only, i was feeling really shameful. Anyhow now, i prayed from bottom of my heart that “When i step out of this metro, may this person get to take my seat. . . please . . god.”

And my 8 minutes journey was over. I reached my destination. I stood up and walked 2 steps to the door. I saw what i wanted – the watchman stepping towards my seat and  i felt good, relieved, happy and a short smile rested on my face. But it was not for too long as when the man was stepping towards the seat, the cute little girl jumped on the seat. The decent man gave her the seat with a smile and the same moment, seeing this, i stepped out of the train. While stepping out, i heard the sweet girl saying “Nahi uncle, aap baith jao. “

I felt really happy and shameful. What have i become! The little girl had the courage to say it, why not me ? What would it have cost? I felt of kicking me badly. But the moment was enough to realise that i’ve changed, for the worse. Thinking this and stepping forward, i saw the metro leaving and i saw the watchman sitting on my seat with the sweet girl on his lap playing and that momentary happiness was enough for me. I thanked god for hearing me.

That day, bhavul, i saw three people. The loving brother, the sweet girl and the decent man. All were so rich. How poor i was. I wish i’ll be like them one day.

and then i told him, that i have a blog of mine. He smiled at me and said “Lets study brother. Lots of syllabus is remaining……”